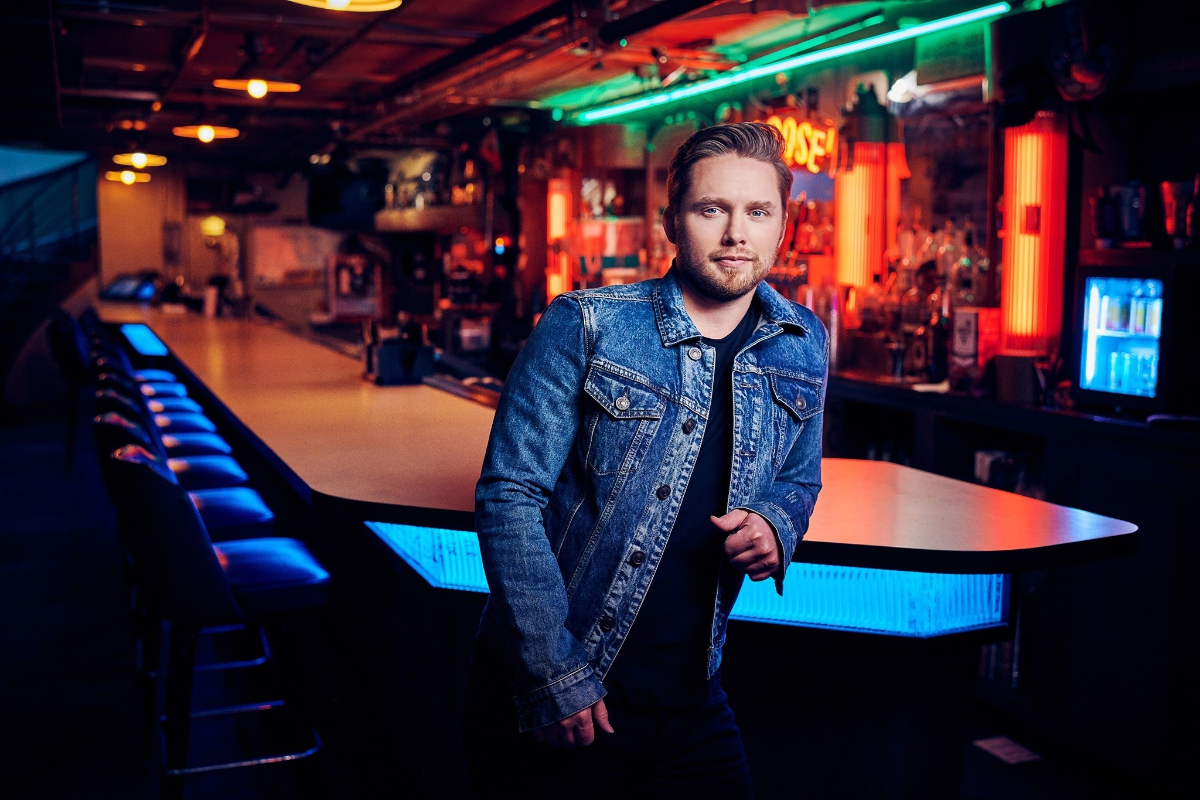 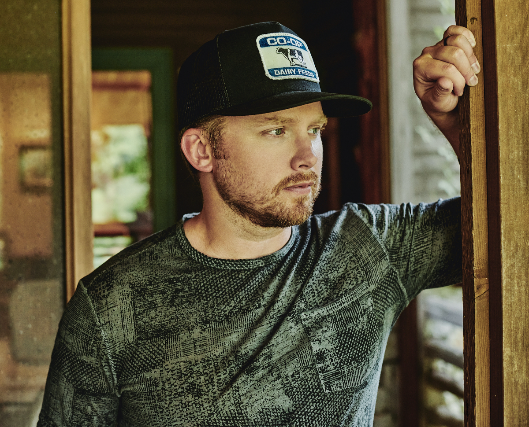 If Jameson Rodgers has said it once, he has said it a thousand times - it’s hard being anything that you are not. And there are a few things that the singer/songwriter from Batesville, Mississippi is definitely not.

He’s not one to shine too bright or speak too loudly. He’s not the guy that craves the spotlight or vies for too much attention. He’s not one to boast and he’s not one to brag, and he certainly has never been that guy who thought he deserved any sort of stardom to come his way.

But here we are.

“God has opened so many doors in my life that have no explanation other than God to me. The stars that had to align to make all of this happen? It just doesn’t happen.”

Today, as Rodgers finds himself continuing to enjoy the success of his Gold-certified No. 1 hit “Some Girls” and his follow-up smash “Cold Beer Calling My Name” featuring label mate Luke Combs, the 33-year-old with the long stare and the slight smile finds himself in uncharted territory, a place where his artistry seems to be growing by the second and his authenticity is growing a fanbase of people craving someone to speak their truth in the span of a three minute song. And suddenly, the shy guy that used to stare at him in the mirror is turning into a confident guy starting to believe in himself and his talent.

Granted, as a kid growing up on the farms and fields of his small hometown, Rodgers tended to keep his head down for the most part, only raising it to snag a stream of baseballs screeching towards him as an aspiring infielder. While he would play throughout high school and college, he never truly believed in himself and his abilities that others couldn’t help but praise. “I was always scared to mess up. I’ve never admitted that before, but it was true.”

It’s this same, ‘not enough’ feeling that Rodgers would soon wrestle with as he travelled the 269 miles from his hometown to Music City in 2010, all the time feeling the stares of those who doubted him. And with just ten songs under his belt at the time, some of that doubt was his own. Nevertheless, Rodgers persevered, knowing that songwriting just might be the outlet this shy kid from small town Mississippi craved. “I realized I could say stuff in a song that I would never be comfortable saying to another person in a sentence.”

Rodgers laid down his first month of rent on a tiny apartment he found in the Bellevue neighborhood in Nashville, and began to Google open mic nights in an effort to get some much-needed experience under his belt. It was at those open mic nights that he met people like Michael Hardy and Hunter Phelps and Brandon Lay, all who found themselves joining him in the trenches in pursuit of something more than what they had always known.

Soon, he was doing shows for handfuls of people for $200, while off the stage, he would watch others like him vying to become better songwriters, better guitar players, better artists. He started getting asked for co-writes and in 2014, he landed a publishing deal with Combustion Music.

The tide began to turn.

Rodgers co-penned Platinum-selling hits for Florida Georgia Line (Top 10 single “Talk You Out of It”) and Chris Lane (No. 1 smash “I Don’t Know About You”), along with “Camouflage Hat” on Jason Aldean’s most recent album 9 and the title track of Luke Bryan’s latest release Born Here Live Here Die Here. Luke Combs came a-calling, and in 2019, Rodgers found himself in arenas of screaming fans, barely before he even had his own hit on country radio.

Soon the song that he couldn’t get out of his head, the song that others had toyed with but never cut, the song that had given all it could, gave Rodgers his first clear chance at solo stardom. “Some Girls” would go on to be the first of only two solo male debut singles to reach the top of the charts in 2020. And it’s “Some Girls” and “Cold Beer Calling My Name” that now serve as the firm foundation for Rodgers’ new EP titled In It for the Money, a project partly created in a little cabin just east of Nashville, where Rodgers holed up with some of this favorite songwriters, taking bits and pieces of their collective truths and putting together a project in which a shy guy speaks loud about life and love and lessons learned.

“Good Dogs” serves as the macho ode to man’s best friend. “When You Think of Mississippi” serves as a nostalgic trip down the dirt roads of Rodgers’ life. “Rolling Rock, Rolling Stones” is a song meant to be played on the dingy jukebox in the corner of that dingy bar down your street and “Desert” is meant to be played to soothe the hurting soul. And the title track, well, it proclaims Rodgers’ ultimate truth.

“I would do this forever, for a just-getting-by salary. It’s just something in your heart. It makes you happy. I literally look forward to waking up every day and getting to write a song or play a show. I just can’t imagine doing anything else in life.”

He suddenly lets a smile sneak out from under his cap.

“My purpose that I know right now is that I want to leave the world a better place than I found it. And the best chance I have of doing that is writing and singing songs.” 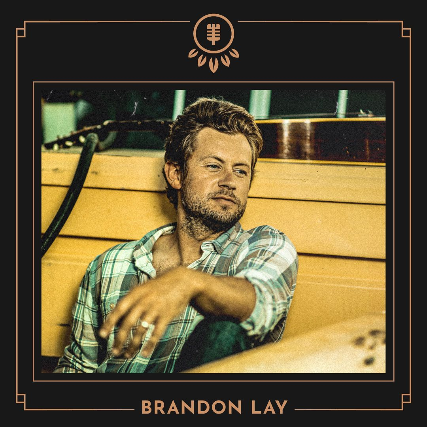 Growing up in Jackson, Tennessee, Brandon Lay lived out the songs of John Mellencamp, Alan Jackson and Bruce Springsteen. He played sports during the day, fixed up cars after school and eventually wrote down his experiences in song, telling not only his story, but the story of other kids raised in small town America.

Now signed to EMI Records Nashville, he's able to share those songs on a grand scale, beginning with his autobiographical debut single "Speakers, Bleachers and Preachers." Inspired directly by Brandon's life, the song spells out right in its title the three chief influences that shaped him. There was always country music on the radio, he played basketball, football and baseball, and his dad spread the gospel on Sundays as a minister.

"Between going to church and playing sports, there was always a lesson to be learned," says Brandon. "And country music lyrics are all about life lessons. All of that helped me figure out who I am in the world and what I wanted to do."

At first, he thought his path would lead him to sports, but music won out, thanks in part to a guitar teacher who inspired him in college and the luck of where he was born – halfway between Memphis and Nashville. "Growing up in Jackson, you were hearing out of each ear: rock & roll and R&B to the west in Memphis, and country to the east in Nashville," he says. "But country is the only genre I wanted to be a part of. Being where I'm from, I understand it, and I think most Americans can relate because it is so specific. The most satisfying feeling as a songwriter is when people come up and say, 'I know exactly what you meant in that line.' Country does that like no other genre."

Brandon's commitment to music was cemented, however, when he performed at his first open-mic night – at a cinder-block roadhouse near the Tennessee River. He sang jukebox staples "Keep Your Hands to Yourself" and "Brown Eyed Girl," and despite an initial crowd of only eight people looking on, he returned every week and discovered he had a knack for commanding an audience's attention, just like his father.

"There are parallels between what I watched my dad do every Sunday morning and being onstage as a country singer," Brandon says. "He was able to tell stories and relate to people, and seeing him connect with people had a lot to do with my songwriting."

Brandon is expert at detailing the small-town existence in his songwriting. He wrote or co-wrote all of the tracks on his debut album, a project he'll unveil somewhere down the road – for the time-being, he's building an audience by releasing a series of two-song EPs, beginning with the one-two punch of "Speakers, Bleachers and Preachers" and the thumping cruising jam "Let It."

"Songwriting comes from every direction for me. I always have titles and melodies in my phone," he says. One new song, called "Yada Yada Yada," was half-written while Brandon was singing the wordless melody into his phone while traveling. "But," he adds, "I love writing in the studio."

Other than perhaps the basketball court, there's nowhere Brandon feels more at home than in the recording studio. Upon signing a publishing deal with Warner/Chappell in 2013, he absorbed all he could about studio production, and when it came time to cut his own music, teamed up with producer Paul DiGiovanni to co-produce all of his songs, a rare feat for a "new" artist.

"It was important for me to have a thumbprint on my music as an extension of the songwriting process. Working with Paul, we were able to bridge that gap, and it

personalizes the project for me," he says. "We cover a lot of ground in the songs, but I’m somewhere between Eighties country and Nineties rock. I like big guitars and big drums and it has to translate on the stage."

The empowering "Back on the Wagon" contains both, balancing bombast with some plucky strings. The tale of getting over a failed romance, it's a fresh look at heartbreak, with the hurt narrator regaining his confidence through nights out riding around with friends.

"Wilder Horses" marries synth with acoustic guitar to create the most cinematic of Brandon's songs. Written with Ross Copperman and Jon Nite, the track embodies the musical halfway point where Brandon grew up. "The verses are bluesy like Memphis, and the chorus is very Nashville," he says.